April 28, 2022 – Since the launch of its streaming service in 2007, otherwise honest and loyal Netflix subscribers have shared their credentials with friends or family. Leadership viewed password sharing as de facto free trials that expanded brand awareness and provided a healthy conduit of new subscribers.

Unfortunately, the longstanding tolerance of password sharing by service providers was tacit approval of the behavior. No surprise, then, that it has become so commonplace that even rumors of ending it rise to the level of headlines. But is this degree of fear justified?

We believe concerns of subscriber exodus due to restricting illegitimate password sharing exceeds the reality, especially if the value of a service is
sufficiently high and the means of restriction sufficiently elegant. Netflix—the paradigm for high-value SVODs facing demand saturation and price ceilings—has been testing such a solution in three major South American countries, requiring account owners to pay an extra $3 for each out-of-home user. A similar program will be implemented domestically, an event made more certain by Tuesday’s announcement that the company lost 636,000 domestic subscribers in the first quarter of 2022. 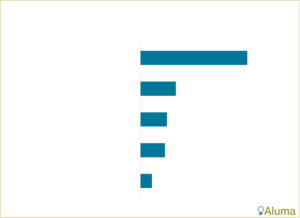 According to a new survey from Aluma, if such charges were introduced in the U.S., 13% of adult Netflix heads-of-household would cancel service, while 12% would add at least one $3/month user. As to who these would-be cancellers are:

Having exhausted its domestic subscriber base, Netflix has few options to grow profits in the U.S. and Canada. The company has already leaned into price increases and international expansion to grow revenue—the efficacy of both now waning—all the while rejecting calls to add a less-expensive ad-supported tier or implement a more assertive authentication regiment. These ideas, once taboo, are now squarely in play. As Netflix leadership informed shareholders on April 19, both will implement in the next 6-12 months.